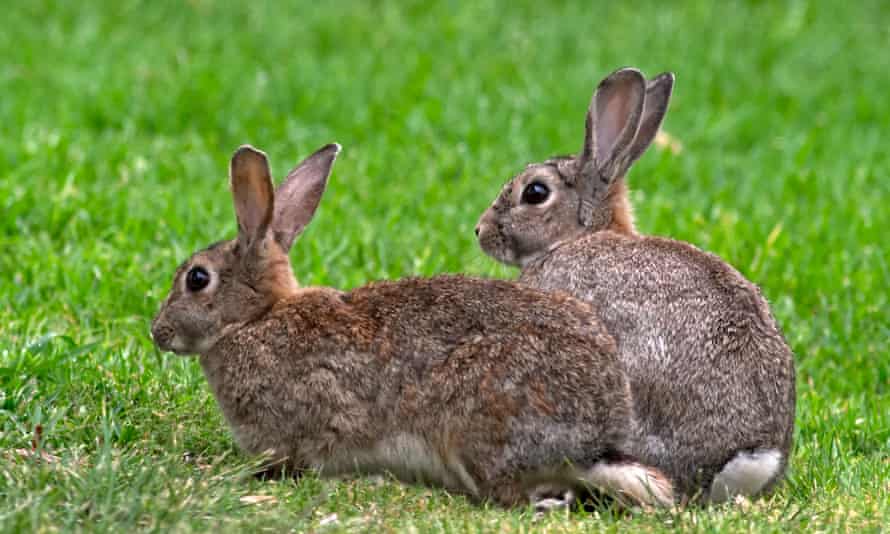 The Wildlife Club and the BIA want you to be aware that there is a highly communicable disease spreading among rabbits.  It’s no risk to humans, but it could do real damage to the rabbit population on the island were it to spread here.  So, be aware and check with your vet before bring any rabbit to the island.  More information about the disease and measures you should take to protect the island are in the following article published by the Michigan DNR.

The Michigan departments of Agriculture and Rural Development and Natural Resources advise Michiganders to be aware of rabbit hemorrhagic disease virus type 2 (RHDV2), which is a fatal disease for domestic and wild rabbits and hares.

While it has not yet been found in Michigan, the high mortality rates seen with this disease could have serious impacts on the state’s wild and domestic rabbits and hares. It is vital for those who handle, hunt and/or care for rabbits to be aware of this disease and to take precautions to keep the virus away from these animals.

In addition, people can inadvertently spread the virus into new areas by moving infected live rabbits, carcasses or parts from infected animals, as well as on clothing and shoes.

Disease onset is rapid. Often the only sign of RHDV2 is the sudden death of a rabbit. However, other signs can include fever, reduced appetite, lack of coordination, respiratory problems, diarrhea or constipation, and a bloody, foamy discharge from the nose.

This variant of rabbit hemorrhagic disease virus was first found in 2010 in Europe, and the United States saw its first case in Ohio in 2018. The current outbreak of RHDV2 in the U.S. began with detections in New Mexico in March 2020, and while the disease has been found primarily in southwestern states, it has been spreading consistently across the country. Currently there is no vaccine licensed for use in the U.S.

Those who handle and care for rabbits are encouraged to follow good biosecurity measures to help prevent the virus from being introduced to Michigan’s rabbit population, such as:

Hunters should wear gloves when field-dressing rabbits and hares, bury any remains on-site at a depth of at least 2 feet to prevent scavenging and thoroughly wash their hands when finished. Meat from healthy rabbits and hares is safe to consume when cooked properly. If hunting outside of the state, it is recommended that no pieces or parts of harvested rabbits or hares be brought back to Michigan.

Falconers should avoid flying birds in areas known to have RHDV2 outbreaks, prevent birds from consuming dead or diseased rabbits or hares, and sanitize gear between outings. If flying birds outside of Michigan, it is recommended that no pieces or parts of rabbits or hares be brought back to Michigan.

RHDV2 is considered a foreign animal disease and is reportable to state and federal authorities. To report a suspicion of RHDV2 in domestic rabbits, please contact MDARD at 800-292-3939. In addition, if a veterinarian is not already involved, contact a private veterinarian.

If the disease is suspected in wildlife, the DNR recommends to not handle wild rabbits or hares found dead and to report the sighting to the DNR Wildlife Disease Laboratory at 517-336-5030.

However, if you must remove a carcass, the DNR recommends wearing gloves and thoroughly disinfecting anything that has been in contact with the carcass. Household bleach mixed at a 1:10 (10%) dilution is suggested for decontamination. If you have contact with dead rabbits or hares, you should shower and change clothes before contact with domestic rabbits to limit transmission of the virus. Carcasses can be double-bagged for disposal or buried 2 feet deep to minimize scavenging. For more information, see a current map of confirmed RHDV2 cases nationwide and answers to frequently asked questions.